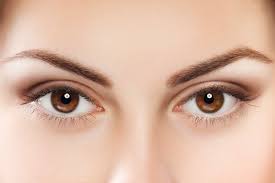 Have you ever seen something many times, and then suddenly see it for what seems like the first time?  So it is with the things of God.  He’s always around us, leading us, and showing us the best way, and we don’t always see it.  He’s often subtle, and reveals Himself to those whose eyes are open to Him.

Jesus Himself says in Matthew 5:8 – “The pure in heart shall see God.”  I believe that can include:  Who He is, His presence in and around us, His ongoing goodness regardless of outward situations, His good plan, and all creation.  He is so endlessly creative, that He can reveal Himself to you in a way you can see it.  The question is, are we looking?

When God reveals Himself to Job in the book of Job, He shows up in whirlwinds, loud sounds, and big questions that humble Job.  Those events lead Job to say, “I have heard of you by the hearing of the ear; but now my eye sees you.  Therefore I retreat, and I repent in dust and ashes.” (Job 42:5-6) Job had been a respectful, obedient man.  He had done everything he thought he was supposed to do.  And indeed, God honored him.  His disastrous issues were a test, and Job passed.  How?  Instead of pouring out his complaints ABOUT God, he poured out his complaints TO God.   Job became awed with the powerful presence of God and responded in humility.  Indeed, the pure in heart shall see God.

Jesus dealt with the issue of natural sight often – He opened blind eyes, even those who had been blind from birth.  He also dealt with the issue of supernatural sight.  He chided the Pharisees and other religious men who could see Him physically, but were spiritually blind enough to not see that He was the Messiah for Whom they waited.  As a leader of the Pharisees, Nicodemus seemed to be one who was curious.  He wanted to know, and he wanted to see.  He knew Jesus could only do the things He was doing because He came from God.  Jesus tells Nicodemus in John 3:3 – “Unless one is born again, he cannot see the kingdom of God.”  It is noted that Nicodemus and some other Pharisees became believers in Jesus as the Messiah after the resurrection.

When Jesus was resurrected and revealing His presence to many, He walked along the road to Emmaus.  He encouraged some who were confused by what had happened in Jerusalem with His crucifixion.  They had been convinced that Jesus was a political messiah, not a spiritual one.  Jesus explained the meaning of Himself in the Scriptures, and in a moment, they received revelation:  “When He had reclined at the table with them, He took the bread and blessed it, and breaking it, He began giving it to them.  Then their eyes were opened and they recognized Him; and He vanished from their sight.  They said to one another, “Were not our hearts burning within us while He was explaining the Scriptures to us?”” (Luke 24:31-32)

Are you eager for God to be revealed to you further?  Ask humbly from your heart, and He is willing to respond!  I pray the prayer of Paul for you:  “…that the God of our Lord Jesus Christ, the Father of glory, may give you a spirit of wisdom and of revelation in the knowledge of Him.  I pray that the eyes of your heart may be enlightened, so that you will know what is the hope of His calling, what are the riches of the glory of His inheritance in the saints, and what is the surpassing greatness of His power toward us who believe.  These are in accordance with the working of the strength of His might which He brought about in Christ, when He raised Him from the dead and seated Him at His right hand in the heavenly places, far above all rule and authority and power and dominion, and every name that is named, not only in this age but also in the one to come.”  (Ephesians 1:17-21)

← The Power of Meekness
Things Above →