The Power of Abigail 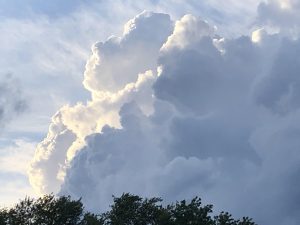 We find Abigail’s entrance in 1 Samuel 25.  Actually, she’s the focal point of that chapter along with the heir apparent, David.  David and his men requested food from land-owner Nabal, (whose name means foolish), and he rudely rejected.  David and his men had protected Nabal’s people and property, and had asked nothing for themselves, except this food.  David became enraged, and planned to wipe out all the men in the household.  A servant caught wind of the plan and warned Abigail, who quickly came up with a plan to quickly provide much food, apologies, and words of peace.  David received her gifts, apologies, humility, and wise counsel.  Tragedy was averted, and David responded with grateful words and actions.

We can look at Abigail’s words and actions today and still learn from the influence in the following ways:

Abigail, in the face of danger and offense, falls on her face before David, and refers to herself as a maidservant.  She rode to meet David riding a lowly donkey.  She was, in fact, a woman of substance, both in character and material wealth.  She apologizes for her husband’s poor behavior, and lets David know that she had been unaware of their request.  She, in essence, takes the blame for things that were not her fault.

If she had met offense with her own offense, the outcome would have surely been different.  Her humility was like the sun breaking through the storm clouds of David’s anger.  She was a breath of fresh air in the face of deep offense.

Wisdom, by its purest definition, is “navigating life well.”  In this case, Abigail saw the situation for what it was, and used wise words and actions to bring about peace.

She quickly prepared a feast for David and his men, more food than was asked for initially.  She sent a messenger ahead of her, letting David know the feast was on its way.  When she arrives, not only is she humble, but she reminds David that he serves God, and that he has a noble calling on his life.  She speaks to him as the next ruler, and that he has the choice to keep his soul and conscience unstained from unnecessary bloodshed.

She speaks wisdom and future blessings over David’s life in a positive foretelling, which can be seen as prophetic words and wisdom from God Himself.  David responds with praise to God, praise to Abigail and her wisdom and discernment.  He realizes Abigail has rescued him from a disaster that he would regret.

The household servant knew they were in grave danger, and chose to tell Abigail rather than Nabal, who was intoxicated in the midst of his own party.  The servant knew she was trustworthy, and would take decisive, positive action to quickly address the situation.  All the servants immediately obey her direction, knowing that their lives depended on it.  They knew her leadership was solid.  Her ongoing influence and power are tested in this crisis, and she passes the test.

Abigail understood how life works.  She humbly provided, and humbly received.  After Nabal dies from shock after she reveals the truth to him, David sends an offer of marriage to Abigail.  She accepts his offer, and offers to serve in humility.  She also reaps what she sows, as David later rescues her and others when they are later abducted from the city of Ziklag.

FYI, Abigail is my new favorite influencer.  Some may think that her humility and her apologies make her look weak.  The opposite is seen here.  Her humility, along with her wisdom, trustworthiness, and understanding make her one of the most powerful people who ever lived.

← The Temple Project Part 4 – The Holy Spirit Fills the Temple